It is the Fourth of July. Independence Day for the United States of America, the day the Declaration of Independence was signed. A document that stoically declined its colonial status. A document that proclaimed the thirteen former colonies of Great Britain were now a self-governed new nation that would no longer pay tribute or submit to the rulings of any outside government. This was not the end, there was much blood shed, many decades of proving our worth as an independently ruled nation, writing our own vision for the country we wanted to live in. I would like to share with you three occurrences that are inspiring me to honor this earliest of American tenants.

The first was an email I received informing all Global Mission Fellows of the immigration struggles of three United Methodist Missionaries placed in the Philippines. They are three young people who work with an organization based in Davao, Philippines. After uncovering some human rights violations through this organization, one was put in a detention center and has been there for over six weeks, another has had her passport confiscated and the third has been put on government watch lists. These measures mean that none of them are permitted to return to their home countries. We as Global Mission Fellows and other UMC missionaries step into our roles of service with the understanding that this kind of trouble is a possibility. This is not the first time the UMC has had issues with missionaries being detained. It is still rather scary. However it is one of the risks that is necessary when you step into the world of international justice work. The struggles of my brothers and sister in the Philippines is a sobering reminder of the delicate nature of working for justice while at the mercy of the governments under which we must make our way carefully.

That being said, as an American, I have great comfort and confidence in my country’s ability to help me out of such situations. And returning home, even if it were after a rough bit of time, would be welcome and nothing but a joy.

The second experience was watching a clip from a Documentary. An old classmate of mine from high school is an up and coming filmmaker in the Baton Rouge area. I had the pleasure of watching a very short clip of a documentary she recently directed about the summer of 2016 in Baton Rouge. That was the summer before my senior year of University. It was the summer I was helping at a local bike shop that served mostly young Black kids from Old South Baton Rouge neighborhoods. That was the summer that Alton Sterling was shot not far from that bike shop. There were several protests. I recall being astonished that Baton Rouge was waking up and being proactive. I chose not to participate in the large protests. I wanted to be part of the long-term, long-lasting change.

So I attended Together Baton Rouge meetings, I kept working at that bike shop, I was set on the marathon, not the sprint. Then there were “Historic Floods,” and many Baton Rouge citizen breathed a sigh as all efforts energetically turned to mucking out, spraying for mold, and replacing sheet rock. This documentary reminded me not to forget. I heard again the stories of those that were there at the protests, how violent it was, how it is embarrassing to be singled out as a target by a full grown man in riot gear, how insulting, how devastating. And how quickly locals were willing to forget and move on to things that “brought us together” like disaster recovery. I do not believe Baton Rouge has returned to addressing the historical issues of race and class that the summer of 2016 brought to the surface. And if I’m honest, this local justice work is more intimidating to me than going to a country on the other side of the world and doing justice work.

I have thought a lot on my choices then, and about my friends who chose to march. Did they see it as a choice? I wonder often if I made the right call. I heard many frustrated testimonies of Baton Rouge Residents who felt like their work was undermined by the young upstarts who just wanted the publicity and a quick answer. I heard my peers anguish in feeling overlooked for the sake of a “long-term” solution, and hasn’t the fight been long enough? Is my “marathon” argument about strategy or about fear of also being labeled a criminal, fear of the indignity, of no longer being safe in my own country, like so many are already experiencing?

The third experience was watching Childish Gambino’s “This Is America” with an eleven year old Tanzanian boy. Adopted son of two Americans, this kid has a unique world view. He is not Tanzania American, he is Tanzanian, despite applications for American citizenship. So this African boy, like many other African young men I have met, really likes American hip hop music. And this boy, like many other African boys I have encountered, has lots of questions for me. We watched the music video together. I was very uncomfortable, wondering if he was old enough to watch it, wondering what exactly he was understanding in the video.

The dancing, some of the costumes, appear very similar to modern East African culture. He asks me if the singer is African. A few seconds into the video Glover shoots a man point blank. He asks me if that man actually was shot or if it was pretend. He laughs at the church choir. He asks, “Are they singing at the funeral for the guy he shot?” He stands to mimic the dancers on the screen. He’s pretty good. After we watch it twice he gets bored and walks away. I sighed with relief that I didn’t have to field a firestorm of questions.

He returns a half hour later, having apparently processed the video and ready for answers. So, how to explain to a boy who is African, who is fighting to be American? An incredibly smart kid who will fall into that haunting and circular identity of an African who is American. A kid who will be expected to take on the history of a people he has little historical identity with, a dilemma explained so thoughtfully by Chimamanda Ngozi Adichie in her book Americanah. What do I say to a boy who idolizes American Rap and RnB, who internalizes beats and slang, but has no idea of their worn history, or of the segmented, violent, and restricting country out of which this fermented, full-bodied culture stems? How to explain that it is my country but not a story I can give personal experience to? How to explain that there is likely more intelligibility to him and his world view in this music video than there is to me? 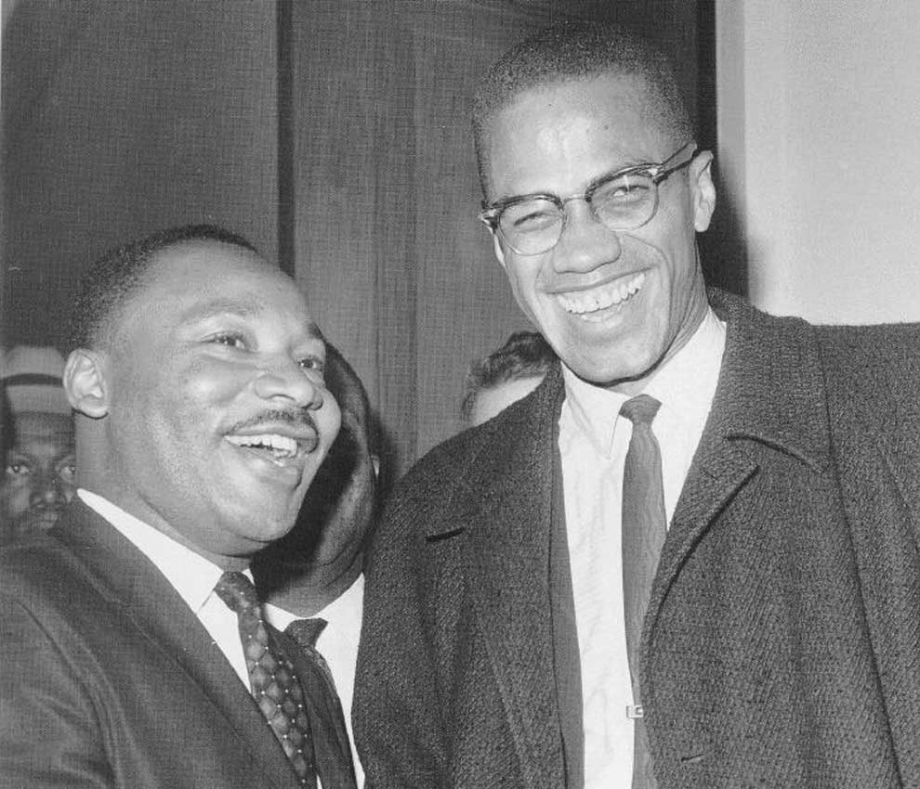 So I also wonder today especially, why these three events cling together in my mind. The news about my fellow international workers has exposed my own internalized relationship with authority. Being privy to updates about these three and also having to ask questions about how I might react to a similar situation has helped me to understand my tenuous relationship with the American justice system. As terrifying and real as international sanctions, deportation, and imprisonment are, I always have the United States. Unlike the immigrants that seek new lives in the United States, I do not fear returning to my home country, and it emboldens me to do what is important on an international scale.

The documentary then asks the question, “what about when you must challenge the powerful forces of government and prejudice in your own country?” What happens when we become the immigrants fleeing home and heritage? Do we see the laws and authority in power as ultimate and unfailing?

The foundation of the United States, is that of a group of people who realized that political borders are in fact of no greater value than the worth they gave to them. However it is a foundation that many would hope we do not remember. Too often I see my government and official authority as ultimate in power and justice. Despite my intentional efforts to not grant permission through silence and inaction, it is very tempting to give too much control to the authority that has in most cases worked in my favor, that looks like me, that sees me as upstanding and unthreatening. I often catch myself falling into the fantasy of a system that will run itself, a system that is infallible, right, and just, despite it’s very structure which is designed for alterations and change. Not to mention the many many examples in history of our need to continue to pursue and reshape the idea of a free country for all people. Part of the American history of protest is to remind our government that we are not to be bullied, that we do not quake at the authority we have given our lawmakers and peacekeepers. Challenging the authority of my own government is also forfeiting the security of knowing that I am “one of the good ones.” It is giving up the entitled inheritance of “freedom,” for the possibility of human dignity for all of my American brothers and sisters. I am not advocating anarchy, or a collapse of our system, but for the continual refinement of an imperfect system of government designed for just that purpose.

My viewing of “This is America,” is the shock of a very old, very tired fact that no, America is not a place of equality, or of safety, or of dignity. But it should be, and it still can be. As the world watches us, as little Tanzanian boys admire and calculate and learn, we must embody the enigma we birthed on the fourth of July 1776. We must be demanding of our leadership, we must not seek acceptance from the few in power but demand excellence from them. We must always remember that the most solid barriers are those that we allow to take root in our minds.

I am a visitor here in Tanzania, while I am doing my best to live with folks here, these conflicts are not mine, I can only support. I am American, every conflict that involves an American, an aspiring American, American government, is mine to take part in. It is my duty to other Americans, to the freedoms I enjoy, to friends who are learning first hand the indignities of being falsely labeled a criminal, a threat, and un-American. It is my duty to those who fear returning to their home countries, and to little Tanzanian boys who are watching our every move, learning from our choices. It is my duty, it is our duty.

This is not a new perspective, it is perhaps the oldest of American perspectives. And that is why we should keep talking about it. What are the barriers you have set for yourself? How will you begin to tear them down? Who will help you?

“As I went walking I saw a sign there

But on the other side it didn’t say nothing,

That side was made for you and me.”

-Woody Guthrie, “This Land is Your Land”

One thought on “Watching “This is America” in Tanzania”